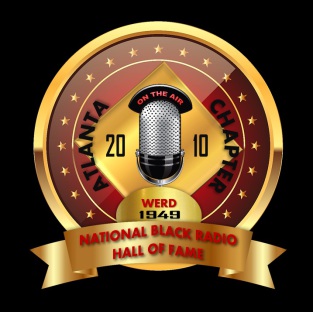 The Atlanta Chapter is working on a project to revamp the home of the original 1949 WERD Dial 860 facility on the second floor in the Masonic Lodge building at 330 Auburn Avenue; one floor up from where Dr. Martin Luther King's Office was located and his first floor office is soon to be restored by the National Park Service.

Included with this project the facility will house a historical  National Black Radio History Museum recognizing the community heroes in radio broadcasting; who, would otherwise not get recognized.  Included will be a historical database of individuals who were a part of Black Radio, from Jack Cooper in 1929 to present day terrestrial and internet announcers, promoters and staff.

The National Black Radio Hall of Fame Atlanta Chapter recently held it's first Meet & Greet and Induction Ceremony.  All Inductees and Honorary Board Members will be highlighted in the organization's facility after renovations at 330 Auburn Avenue Atlanta, Ga. are complete.  Inductees pictures will also be placed in the National Facility in St. Louis, Mo. at Harris-Stowe State University.

The housing of the acquired WERD Historic Station location and the Museum will serve the community with various outreach programs and will provide educational products of the broadcasting industry with historical kiosk databases and voice over training sessions for students and interested Veterans.

The Museum will be the 2nd of it's kind in the United States with the National Museum located in St. Louis, Missouri.

Shelley “The Playboy” Stewart – One of America’s 1st Black DJs

Blues Over The Airwaves Award – Jim Starr of Winston-Salem, N.C.

Dr. Stewart will be put in the Atlanta Chapter WERD Museum and the St. Louis National Museum.

Recognition for Honorary Board Member LaMar Williams with Hosts Casual Cal and Radiolady.

Lou Dinwiddie Inductee (back/center) and family from LA and Arizona arrive for the event.

Honorary Board Member Bohannon (RIP 2020) with Marie Monroe and Radiolady.

for the 330 Auburn Avenue location; a Special signed Proclamation from the City of Atlanta.

National Black Radio Hall of Fame Atlanta Chapter "Thanks" our sponsors Inger of HAFH Family Services and Kash & Associates for their support and for their continuous Out Reach Programs.

Listed are Members of the National Black Radio Hall of Fame Atlanta Chapter.