Welcome to the Winston-Salem, N.C. Chapter Page of the National Black Radio Hall of Fame

The Winston-Salem, N.C. Chapter Invites Broadcasting and Music Executives to become a part of our illustrous Chapter as we celebrate those in our community and nationally who have shared their talents in Radio.  Please join us as we move forward in sharing our talents with the Kids Drop The MIC Program.  You may contact the chapter at jimstarrwtob@gmail.com .  All historical files may be sent to radioprofiles@gmail.com

Anita Dean Arnette: Affectionately known as The Boss Lady of Gospel.. No
stranger in this community for over thirty (30) years, her voice has graced the airways not
only in Winston Salem but the entire triad and other areas.
Anita began her career many years ago at a little station on Northwest Blvd. and was
introduced in the market by Price Ike. Anita was told that she truly had a voice for radio
and she was excited that he saw potential in her and her voice.
Anita worked with Prince Ike and was later certified to broadcast. Anita was the first
female radio announcer in this market. She was given the name “Boss Lady” by Prince Ike himself.
After making her radio debut here in Winston Salem she was hired at WMDE in Greensboro and was heard in North Carolina, Virginia and Washington, D. C. areas.  She also worked at WEAL in Greensboro, WAIR in Winston Salem and Triple “A” Radio Station in Winston Salem, North Carolina.  Anita has won many, many awards for her work in Gospel Radio….too many to list but she says that her greatest joy is “Giving God Praise” through gospel music.  She calls it "MUSIC WITH A MESSAGE". 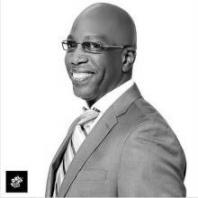 Larretta Rivera-Williams Winston-Salem, N.C. Chapter is  Coordinator of Pastoral Care at St. Leo the Great Catholic Church in her hometown. She is a contributing writer for Global Sisters Report (a non-profit source of international news about Catholic sisters and the critical issues facing the people they serve). She is a poet, an abstract artist; as well as, behind the scenes choreographer and director of the plays she has written and produced.  Her creative writing and artistic skills will bring to the organization a talent that is needed to project skill sets for the younger generation.